While we can save in bank deposits and invest in mutual funds, sometimes it’s better to invest in pension funds if we are investing for the long-term, such as for retirement. This post explains why. We also list the various types of pension funds, key features and other issues you need to be aware of.

Pension funds give tax advantages in return for longer tenures

Pension funds are basically like mutual funds. The fund structure means that the money is kept in a ‘trust’ with a trustee overseeing the manager. The manager is responsible for the investment management, as well as other operations and reporting though they can outsource parts of their responsibilities.

The key difference between pension and mutual funds is that pension fund have a ‘lock-in’. This feature, also called ‘preservation’ means that members cannot withdraw their money until a certain pre-defined retirement age. The reason the government enforces this preservation is because it really wants us to save enough for our own retirements. To encourage us to save and invest for the long-term, it gives tax benefits.

Pension funds can be defined benefit or contribution – or a combination

Most of us know someone – parents or grandparents – who used to work for the government or a large company their whole lives. When they retired, they got a monthly pension cheque. This arrangement in which the employer promises a monthly pension payment is called ‘defined benefit’ because the employee knows in advance what the benefit or outcome will be. How the benefit was achieved…as in, whether the employer invested in the sharemarket or in government bonds, or is simply paying out of revenues is not the employees’ concern.

This system of defined benefits started getting phased out in the 1990s in developed markets, and in early 2000s in India. The reason is that employers realised that they had probably over-promised and were now at risk of having to commit much more money to meet their obligations. So the defined benefit (DB) system started getting replaced by ‘defined contribution (DC)’. In the DC system, the employer puts in a certain pre-defined percentage of salary as contribution into the pension fund – usually included in the ‘cost-to-company CTC)’ calculation. In some funds, the members (employees) get to pick the investment options, which means they have some control over the returns they are likely to get.

The National Pension Scheme (NPS) is India’s voluntary defined contribution pension fund, open to all citizens on a voluntary basis. Here is a short video on NPS –
https://youtu.be/sy1bhOdrWhc

What do they mean when saying that the NPS is a ‘Defined Contribution’ scheme?

Defined contribution means member contribute a set amount, while the returns are variable such that there could be a loss or the amount could fall short of what is needed. In contrast, defined benefit means the member is promised a set amount as benefit; the member don’t have to be concerned about the returns. Here is a short video on these terms – https://youtu.be/frs43fNgXDo

What do they mean when they say a pension fund is EEE or EET?

What is an annuity?

An annuity is a financial product that provides an income stream. Here is a short video – https://youtu.be/nTtNyUEIw9o

YOU DON’T READ ABOUT MARKET CRASHES 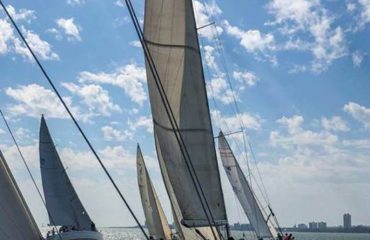