HOW TO GET REALLY RICH? PUT ALL YOUR EGGS IN ONE BASKET

Look at anyone who’s really rich – Bill Gates, Mark Zuckerberg, Steve Jobs, etc. How did they get there? Hint – it’s not by investing in a diversified portfolio of mutual funds. No, they got rich by starting a business. In fact, the biggest source of self-made wealth in the Forbes 400 list is business across a range of industries.

There are numerous articles on the sources of wealth for those on the Forbes list, yet two popular misconceptions remain about the wealthiest one percent of Americans – that they were either born into wealth or that they mainly include the CEOs of the largest public companies.

Both of these are wrong. A recent study titled Family, Education, and Sources of Wealth Among the Richest Americans, 1982-2012 states, “The Forbes 400 of today also are those who were able to access education while young and apply their skills to the most scalable industries: technology, finance, and mass retail.” It also showed that CEO salaries, even at their peak, are small change compared to the average compensation of the highest-paid hedge fund managers.

Importance of focus/concentration and leverage/scale

If you really study the rich, you will notice the common thread is that they tend to narrow their focus, usually to something they are good at, and then leverage that skill or competitive advantage.

Leverage could be positional such as social leverage, or it could be financial, as in borrowing. Leverage can amplify both gains and losses, so the user has to be pretty confident.

Where to focus and leverage

So, what risks can you take to get rich? Here is a rundown of some of the ways you can make super returns:

But ensure you have a solid foundation

So why does every adviser tell you that concentration and leverage are bad, and advise you to build a diversified portfolio rather than huge risks?

While you might hear about some people who put their last dollar into starting a business and succeeded, remember you only hear about the ones who succeeded. For everyone who did, there are probably 100 who didn’t. They don’t get written about. So while it’s good to learn from the success stories, it’s prudent to put some thought into building wealth.

My “Build wealth like you build a house” framework allows you to do that. In summary, my suggestions are:

Then you can have fun trying to be the next Warren Buffett or Mark Zuckerberg by taking huge risks.

Tagged under: become a billionaire, get really rich 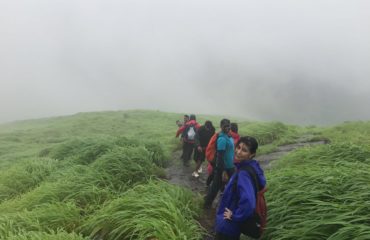